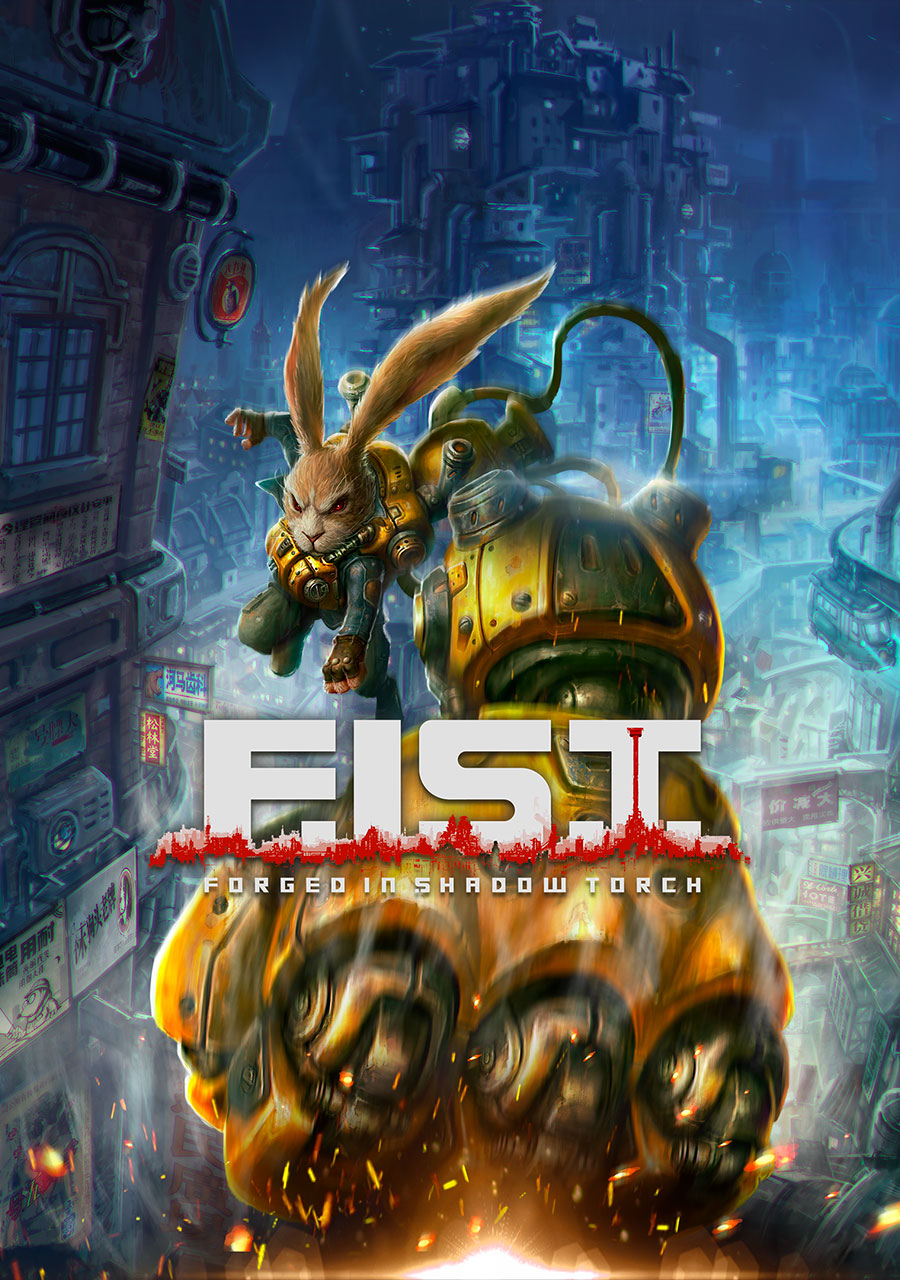 F.I.S.T.: Forged In Shadow Torch, developed by TiGames in Shanghai, is a Metroidvania action game with a rabbit protagonist wielding a giant mechanical Fist on his journey with a group of charming characters in an original Dieselpunk world. A great number of puzzles and challenges hidden in the sophisticated and interconnected game map worth exploring. F.I.S.T., featuring multiple weapons, magnificent combos, upgradable skills, provides a hardcore arcade-style experience. Unreal Engine 4 helps the game perform the top-class visual quality with physically based rendering and extremely detailed textures.

Six years ago, the Machine Legion invaded and colonized the Torch City, which was originally inhabited by animals. Rayton, the former soldier in the resistance war, has been living in seclusion since then. After his friend is forcibly arrested, Rayton reclaims his mechanical fist and steps to his journey fighting back. And he never expects that he has been involved in a bigger scheme between the Legion, the Resistance, and the Rat Gang.